How this city-living guy found a love of the great outdoors in Scottsdale, Arizona

From hot air ballooning to horse riding, 8 amazing experiences GSN's David Calderon had in the Copper State The state of Arizona, in all its rugged beauty, is staggeringly huge. At 295,254 square km, it’s the sixth largest in the United States. That said, its entire population is 6.7m – smaller than New York City, believe it or not. Suffice to say, this is a destination known more for its untamed wilderness and natural wonders that its cosmopolitan culture. But having lived i
0 comments 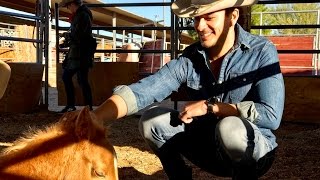